Embattled crypto lending platform Celsius Network may be in bigger trouble as its coin report shows that the deficit in its balance sheet is much more than the previously reported $1.2 billion reported.

The coin report showed that the crypto lender has a net liability of $6.6 billion and total assets under management at $3.8 billion.

This figure contrasts massively when compared to the asset base of $4.3 billion in assets and $5.5 billion in liabilities it reported in its bankruptcy filing. While the bankruptcy filing showed a $1.2 billion deficit, the deficit in the coin report was pegged at $2.85 billion. 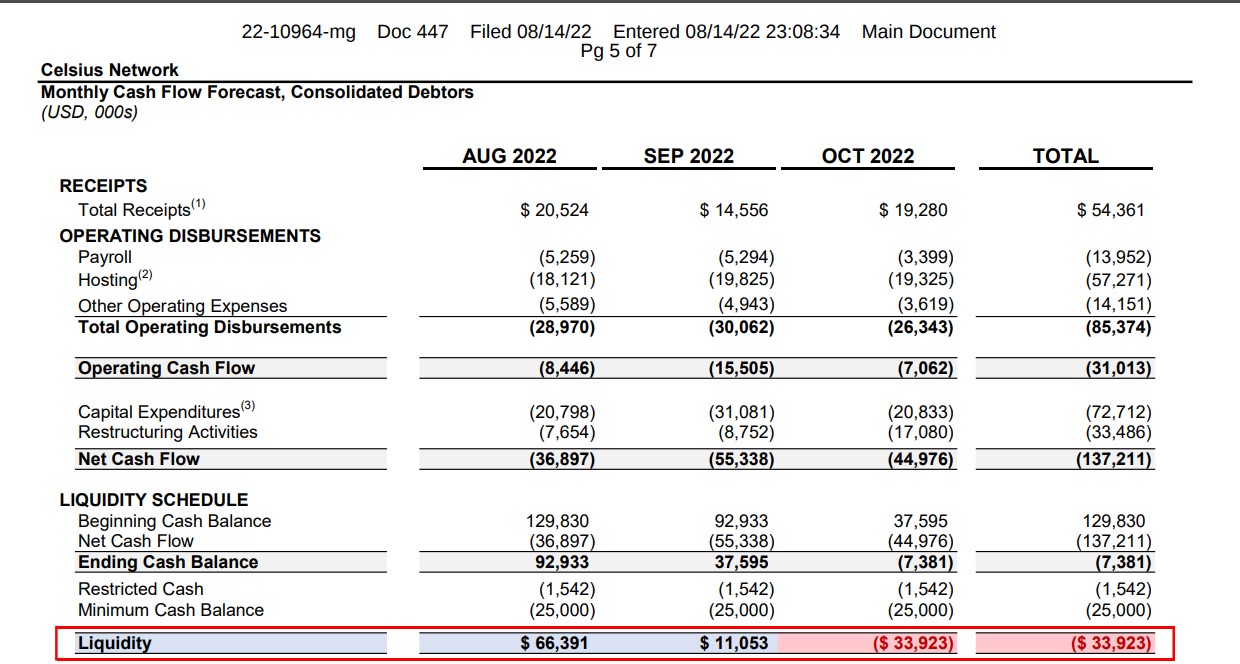 Simon Dixon, one of the well-followed Angel Investors in the Web3.0 ecosystem, took to Twitter to announce the discrepancies, noting that he was not taken seriously when he revealed earlier that Celsius Network was padding its numbers.

Per the document shared by Dixon, of the 100,669 BTC deposited into Celsius’s vaults, the lender said it lost as much as 62,853 BTC and has only 37,926 BTC left. The loss represents about 64% of the platform’s total Bitcoin debts. 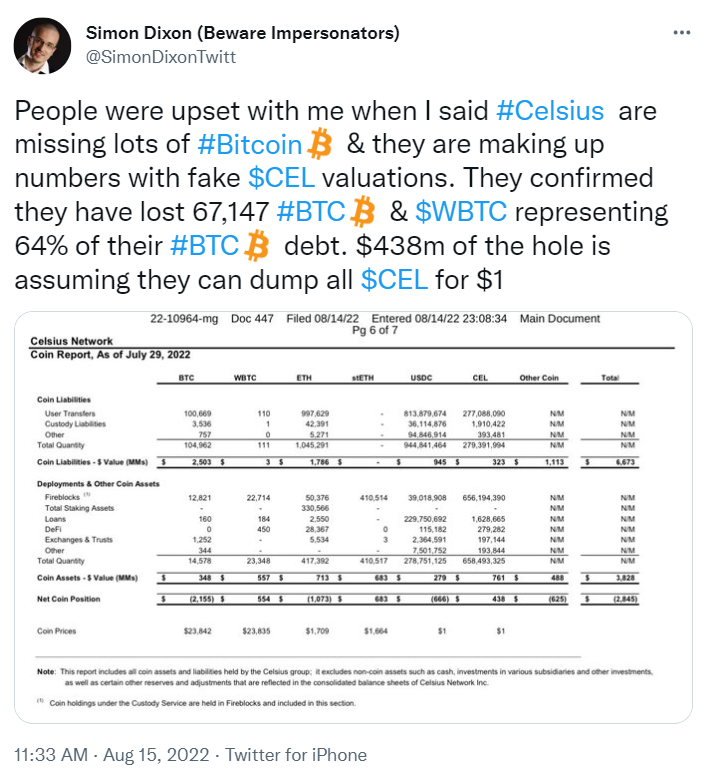 Celsius Network has long declared bankruptcy after it halted withdrawals on its platform, the first protocol to make a move as far back as June. While it has no direct link or exposure to Terraform Labs, the collapse of the blockchain startup caused the domino effect in liquidity that later impacted the lender.

The situation of Celsius Network has caused a divergence of thoughts in the digital currency ecosystem, with many sympathetic to the beleaguered company for its woes.

With the company’s reported liabilities looking larger than normal, it may further scare prospective investors like Ripple Labs, trailing the likes of FTX that refused to come to the firm’s aid when it saw the depth of the hole on its balance sheet.

Crypto Market Resurgence: Is the Crypto Winter Finally Over?

John McAfee’s Body Is Still in a Spanish Morgue a Year After He Passed, His Widow Wants Answers