There’s an idea that Ethereum’s upcoming protocol upgrade — known as The Merge — will reduce transaction fees on the bluechip blockchain, but that’s not quite the case. Here’s why.

Transaction fees on Ethereum are known as “gas fees.” There was a time during late 2021 when interest and investment in crypto entered a frenzied peak, and paying a gas fee worth $30 was considered cheap.

When there’s a lot of on-chain activity, gas fees can spike for brief periods of time. For example, when Bored Ape Yacht Club creators Yuga Labs launched a new land title collection called Otherdeed for its Otherside Metaverse earlier this year, Ethereum gas spiked to an equivalent of $200 per transaction, according to BitInfoCharts.

Now the bear market has started to bite, activities on the Ethereum blockchain have dropped to lows not seen since the summer of 2020, and transaction fees now only cost a dollar or two’s worth of ETH. However, if activities pick up again, gas fees could rise — but wait — won’t The Merge change all that?

The Merge (which is tentatively scheduled between Sept. 10 and 20) changes Ethereum’s consensus mechanism from “proof-of-work” (PoW) to “proof-of-stake” (PoS), which means it changes the way it processes transactions on its blockchain. According to Ethereum developers, the new system will increase the network’s security, making it almost impossible to attack the network. It will also be more energy-efficient, reducing energy consumption by roughly 10,000%.

However, The Merge won’t make the network much faster or be able to process more transactions per second, which means gas fees won’t change much. After the upgrade, Ethereum will produce blocks 10% more frequently, which “is a fairly insignificant change and is unlikely to be noticed by users,” according to Ethereum’s website. Also, The Merge doesn’t increase block size or any other parameters affecting network capacity.

So, if users once again flock to Ethereum’s array of decentralized finance apps and NFT marketplaces, they may again find themselves paying high gas fees even after The Merge. But wait, all is not lost because there is still a plan to tackle the gas fee problem.

Layer 2s are protocols that are built on top of the mainnet. Essentially, they process transactions off-chain, collect them in batches, and send them to the mainnet for final confirmation.

This process means that Ethereum’s mainnet is only used for security. The main bulk of the processing is done by third parties: Layer 2 solutions such as Arbitrum, Optimism, and Loopring. Right now, Ethereum can process 15 transactions per second, but if everyone moves their activities to Layer 2 chains, that number could go as high as 3000.

Users who currently transact on Layer 2 chains enjoy the security of Ethereum while paying a fraction of Ethereum’s gas fees. However, the main issue is that these are quite new technologies — even by crypto standards — and you need a nontrivial amount of expertise to access and use them.

Even so, the success of Layer 2s has allowed Ethereum’s developers to focus on the tricky task of moving from PoW to PoS by completing the Merge. However, once this is complete, they will be able to roll out “sharding” on the mainnet, which is a scaling solution that will “support many thousands of transactions per second, and allow large portions of the world to regularly use the platform at an affordable cost,” according to Ethereum co-founder Vitalik Buterin.

Sharding is a scaling technique and part of another massive upgrade called Serenity, expected sometime in 2023 (those who are interested in the technicals can read Buterin’s article via the link above). Simply you can imagine that sharding increases the surface area of the blockchain allowing it to “absorb” and process more transactions at once.

While it won’t make your NFT purchases, or token swaps any cheaper, The Merge is still a key part of Ethereum’s roadmap for the future. If successful, it will pave the way for upgrades planned to reduce fees and turn the blockchain into the base layer of the new internet. 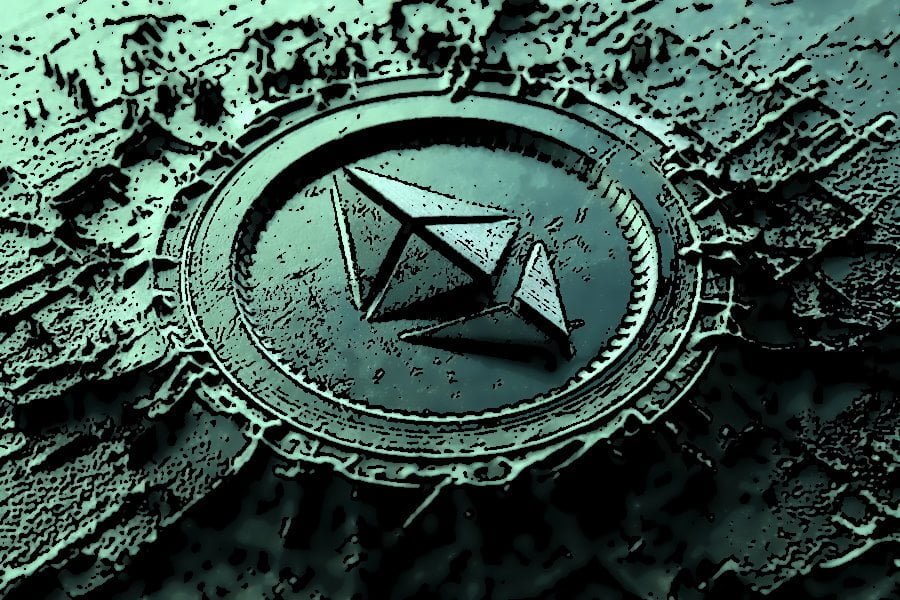 Tech Investor Tascha says ETH will go down in 2022