The foreign exchange market (forex) for international currencies is the largest and most liquid market in the world. According to the Bank of International Settlements, the forex market accounts for more than $5 trillion in trading volume per day — dwarfing other markets like major stock markets.

The forex market consists of trading pairs of international fiat currencies pegged against each other where traders speculate and hedge risk on the price of a specific national currency appreciating or depreciating relative to another currency.

Interestingly, there is no central forex exchange, and all trading is open 24 hours a day, more than 5 days a week, with OTC financial trading centers operating in major cities around the world. 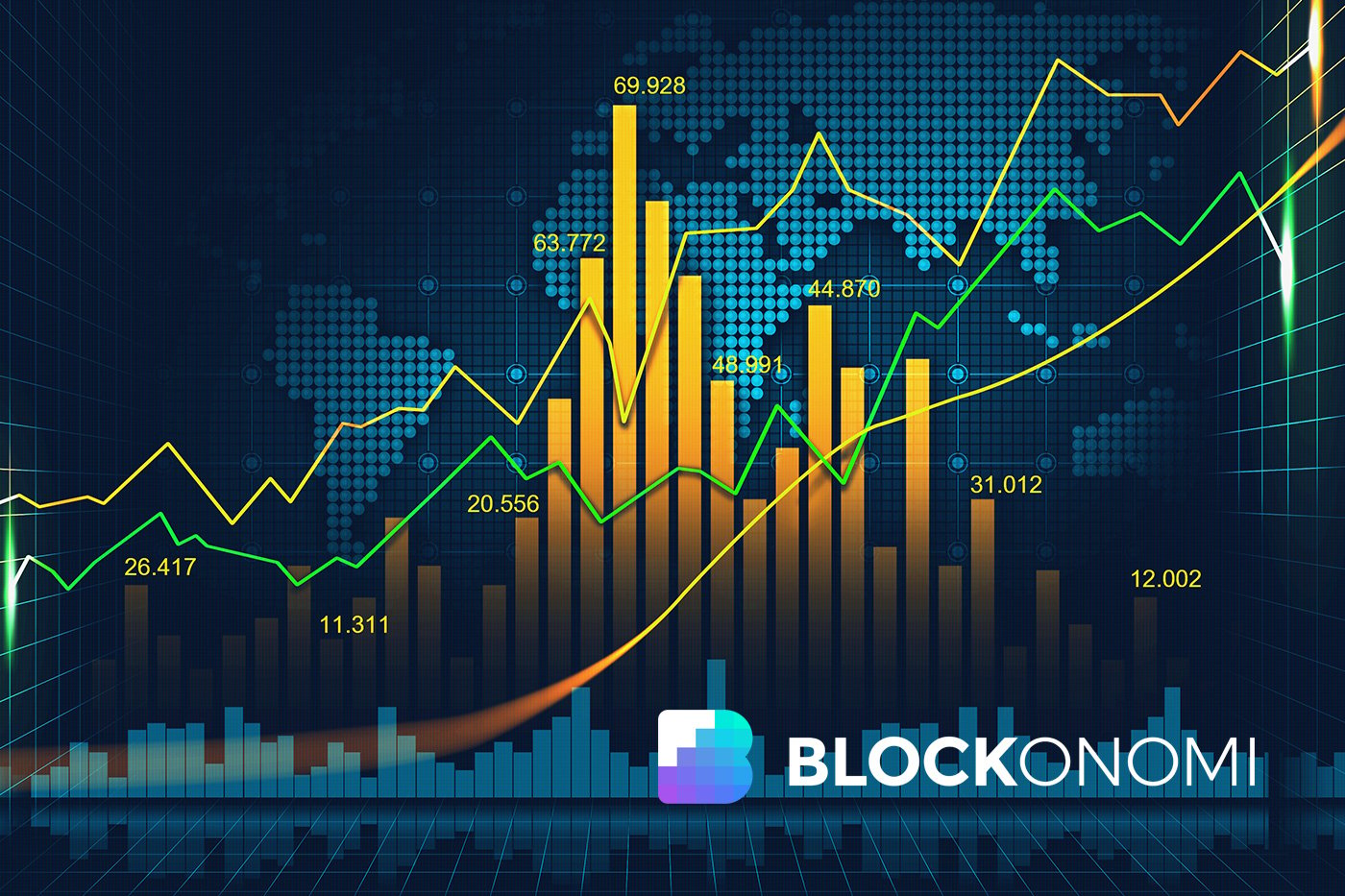 A Brief History of the Contemporary Forex Market

The origins of money are complicated and have consistently evolved throughout human history. Money exchanging services of various currencies date back to Ancient Egypt and have continued in various forms since then. Historically, most currencies were pegged to a stable financial asset considered to be sound money — primarily gold or silver.

However, that all changed following the onset of WW1 where many countries abandoned the gold standard that had been prevalent among international trade and exchange for decades. Several forex markets emerged following WW1 in the run-up to WW2, notably the Kleinwort family, who led the way in the foreign exchange market in London.

At the end of WW2, the Bretton Woods Accord was signed in 1944 in Bretton Woods, New Hampshire and paved the way for a series of developments that have come to define the international monetary system in its contemporary iteration.

The Bretton Woods Accord was an international monetary agreement between sovereign nations to institute a governing monetary order. Between the U.S., Canada, Western Europe, Japan, and Australia, the order required that governments tie their national currencies to gold — prescribing that exchange rates must be maintained within 1 percent. 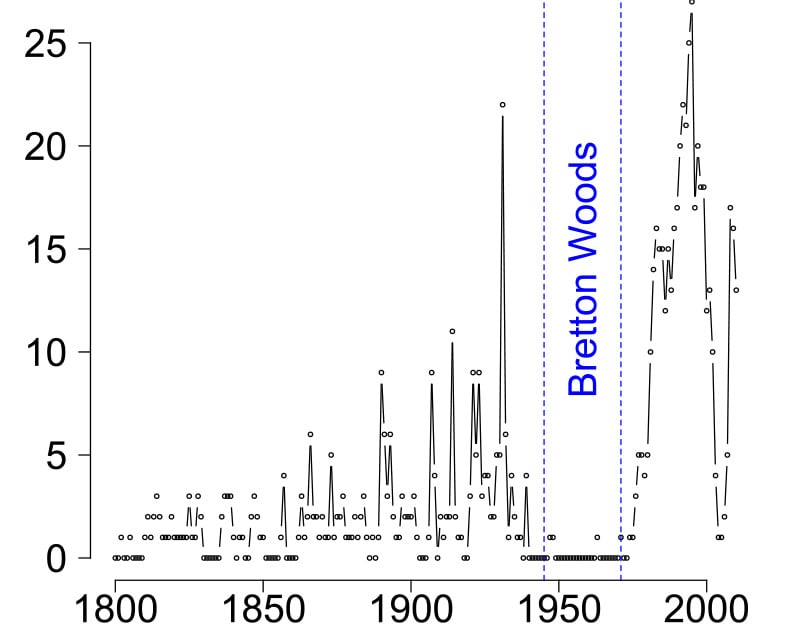 Absence of banking crises during the period of the Bretton Woods agreement, 1945 to 1971. Wikipedia

The accord also formed the International Monetary Fund (IMF) and stipulated the system rely on the U.S. financial system.

A system of free-floating currencies eventually materialized and is the modern international system of currencies that has allowed the forex market to flourish into the behemoth that it has become.

With no stable price mechanism (i.e., gold), national currencies consistently fluctuate in value relative to each other, creating ideal opportunities for major market participants to profit and hedge risk on the spread between currencies.

There are three primary forex markets — spot, forwards, and futures markets. The spot market is by far the most popular, and consists of the real asset that both the futures and forwards markets are based on.

Forex market participants range from international banks to enterprises that deal in various countries who are looking to hedge risk on the exchange rates they use for dealing in multiple currencies.

The spot market is where currencies are bought and sold at their current market price. The prices of currencies fluctuate consistently, many times by only a tiny fraction of their current value. A mixture of economic, political, and supply/demand affect the price of currencies, and markets are exceptionally liquid for primary trading pairs around the world.

For instance, the EUR/USD trading pair is the most traded currency pair in the world. Listed as EUR/USD makes the EUR the ‘base’ currency and USD the ‘counter.’ The price in the spot market next to this pair indicates the price of one Euro in USD. There will be a buy and a sell price, and the difference between the two is commonly referred to as the ‘spread.’ 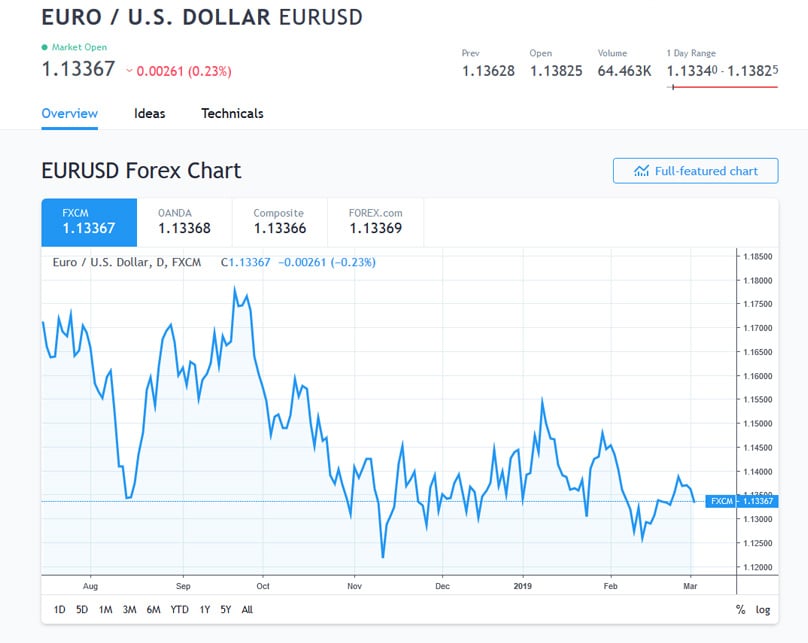 The spread between currencies is often minuscule, and price quote changes are typically measured to the fourth decimal place — known as a ‘pip.’ Traders are always buying or selling the first currency in a pair and can profit or sustain losses from the resulting movement of the spread.

Obviously, with such tiny spreads, profiting from forex trading often requires trading high volumes or trading on margin. Due to the massive liquidity of the forex market, banks allow for significant leverage for traders to buy currencies on margin.

Trades on the spot market are settled in cash and are comprised of an agreement between counter-parties to buy a specific amount of one currency in exchange for a fixed amount of another currency at the current market price.

Forwards markets in forex trading deal in contracts that specify explicit parameters for buying or selling currencies in an OTC transaction. Futures contracts are settled on major commodities exchanges like CBOE and CME and contain specific delivery dates and standard sizes.

Futures and forwards contracts are typically settled in cash also and are often used for hedging risk on future price movements.

Numerous entities participate in the forex market, and it is a primary reason for the enormous liquidity of the market.

The forex market is divided into tiers based on the amount of money being traded. The upper layer consists of major commercial banks and securities dealers, who account for 51 percent of all transactions in the market. Citigroup Inc. is the leading currency trader in the foreign exchange market, accounting for 12.9 percent of the overall market in 2016.

In particular, one of the primary applications of the forex market is for companies that deal in multiple international currencies to hedge risk. They may need to pay employees located in numerous countries or reduce the adverse consequences of price fluctuations during business transactions.

For example, if Company A is based in the U.S. and wishes to use the EUR/USD trading pair to buy Euros to pay employees located in Europe, they would tap the forex market. However, if the price quote rapidly changes between several hours and Company A is set to exchange a large sum of USD for EUR, then a small adverse price fluctuation could have a significant impact on their bottom line.

Companies may also leverage futures or forwards contracts to hedge against adverse price movements on predetermined transaction dates, which is a widespread practice among international corporations.

A growing portion of forex market participants is retail traders who invest through banks or brokers. The two primary types of brokers for retail traders are brokers and market makers. Brokers take a fee from customers for finding the best price and trading on behalf of them while market makers are the principal in a transaction against a retail trader.

The demand for social trading services has become more prevalent as retail investors also seek to become more prudent in their broker selection following endemic fraud that many retail traders have historically faced. Regulation has also increased noticeably in forex markets over the last decade, and many smaller brokerage companies employing questionable operational practices have been removed from the market.

Other forex participants include money remittance companies. Remittance companies provide a highly practical service for migrant workers sending money home but have been justly criticized for their exorbitant fees and inefficient services.

We have covered quite a few Forex Brokers here on Blockonomi, these brokers are open to retail traders or professionals and offer a wide range of trading instruments such as Forex, Cryptocurrencies, Commodities, Shares and so on.

They typically use Contracts for Difference (CFDs) which means you don’t own the underlying asset but they are essentially a bet between the opening and closing prices of a specified financial instrument.

Digital Assets and The Future of Forex Trading

The sheer size of the forex market is astounding. Driven by an ecosystem of floating fiat currencies without a stable price peg, the forex market has come to dominate global financial markets as the most liquid asset class in the world.

Interestingly, the emergence of cryptocurrencies and digital assets have provided a viable alternative to traditional foreign exchange services like remittances.

Digital assets are also expected to become more ingratiated with the conventional financial system, and the expansion of trading pairs of many digital assets serves as a stark indicator of their inclusion within the financial portfolio and investment services of brokers.

The forex market is a unique financial ecosystem that has been referenced as the closest market to perfect competition due to its massive size and continual operation.

However, proponents of sound money like Bitcoin and gold take a hesitant outlook on the long-term sustainability of floating fiat currencies. The forex market’s size and complexity are a direct result of the dissolution of Bretton Woods and are indicative of the challenges required for an international monetary order of various national floating currencies to persist without the potential for black swan events.

The post What is Forex Trading? Complete Beginner’s Guide appeared first on Blockonomi. 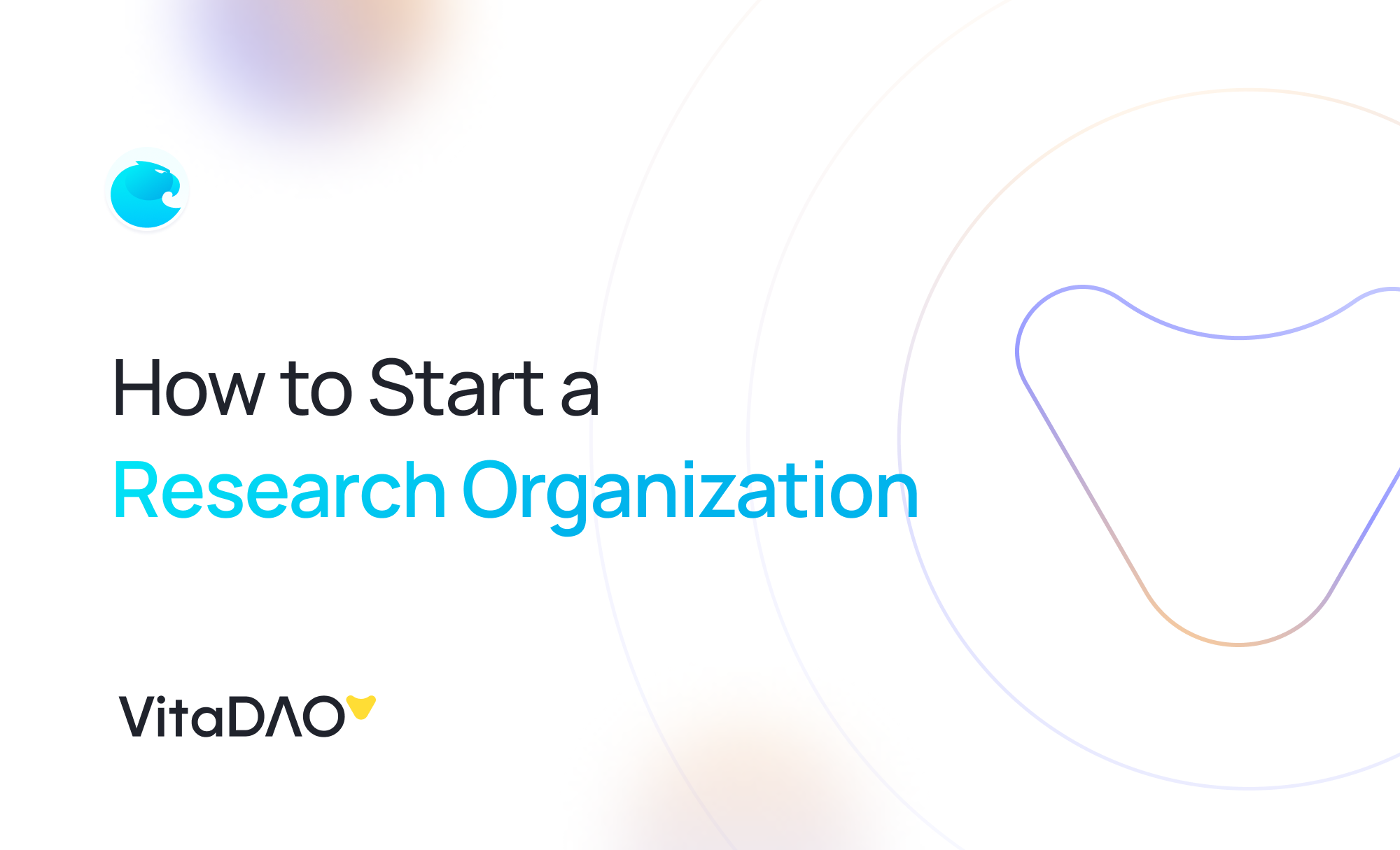 How to Start a Research Organization (from your Bedroom) | VitaDAO

11 Best Cryptocurrency Exchanges In The World To Buy Any Altcoins